It is a bit alarming how many developers I see who do not run any type of profiling against their applications. Occasionally I see some selective production profiling or some very thinly sliced use-cases at the end of development. An example of this would be stress testing.

I would argue that if you're not using profiling often and early in development, you are " doing it wrong". Proper profiling not only offers a means of catching errors and exceptions early in dev, it also allows you to have a forward looking view on some performance issues. For example, bad ORM execution plans can be identified up front and resolved before they have a significant impact on your codebase.

There are a couple profiling tools in the .NET arena. One such being Glimpse. Glimpse is awesome on so many levels but as of recent I have been using Stackify Prefix.

For a comparison between the two, check our Stackify's article - Prefix Vs Glimpse For ASP.NET.

That being said, let's get Stackify Prefix up and running on our local development machines.

The way I see it, installing software on a Windows environment these days come in two flavors.

These days if you're not using Chocolatey, you are missing out on a lot.

At this point (depending on your install method) a browser window should automatically open. 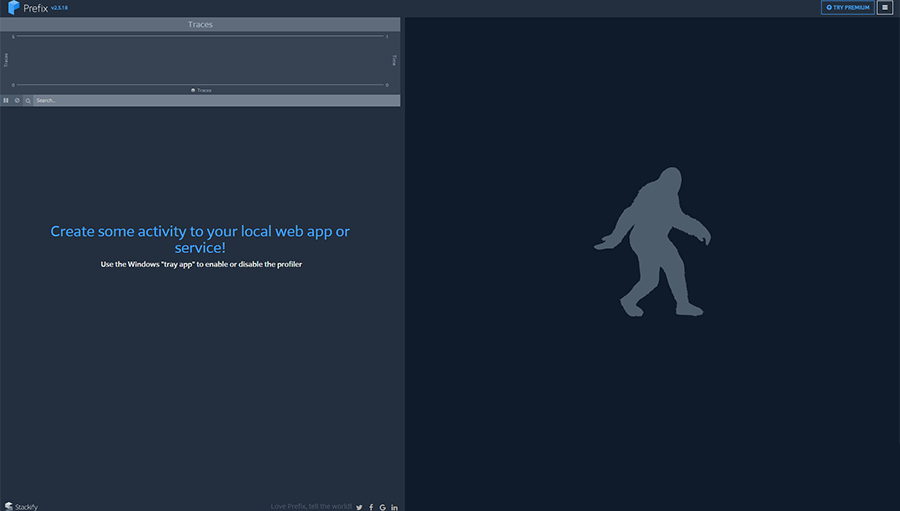 If the browser did not launch, you can enable Prefix and launch it in a browser from the system tray. 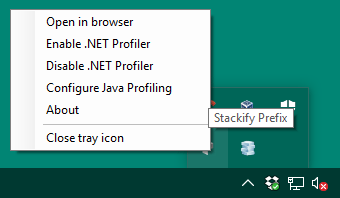 Setting up your project

Now that we have Prefix up and running, it is time to configure our ASP.NET Core project to work with it.

Prefix needs to be injected into the pipeline via Middleware. To do this, we need to obtain the Stackify Middleware package by running the following from your Nuget command prompt.

If you are working in Visual Studio, you can use the Nuget Package Manager instead. Search for "StackifyMiddleware". 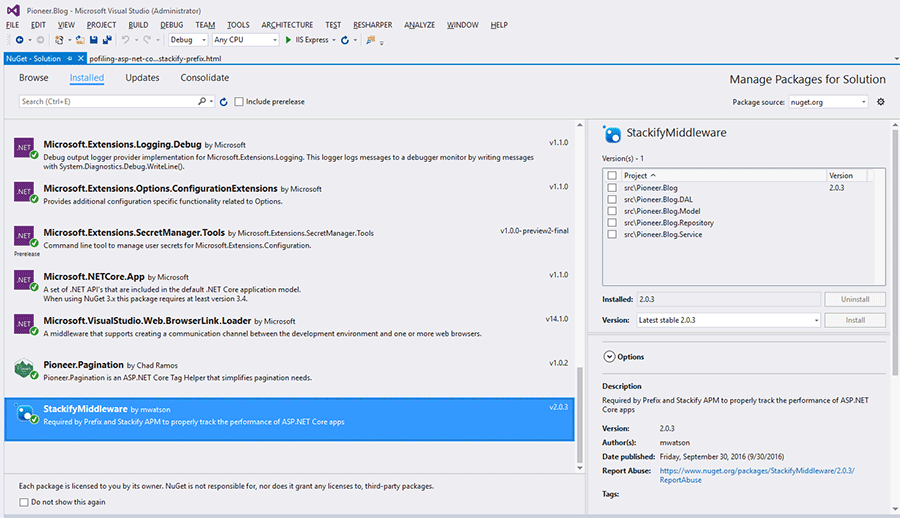 In addition, we don't want to be running our request through the Stackify Middleware when in production. That being the case, we also want to ensure our configuration takes into account our environment by using ASP.NET Core Environment Variables.

Following is an example of how I accomplish this.

That is it! Super simple setup, right? Let's start profiling.

Following is an example of a request made for an MVC loaded page that is backed by Entity Framework operations. 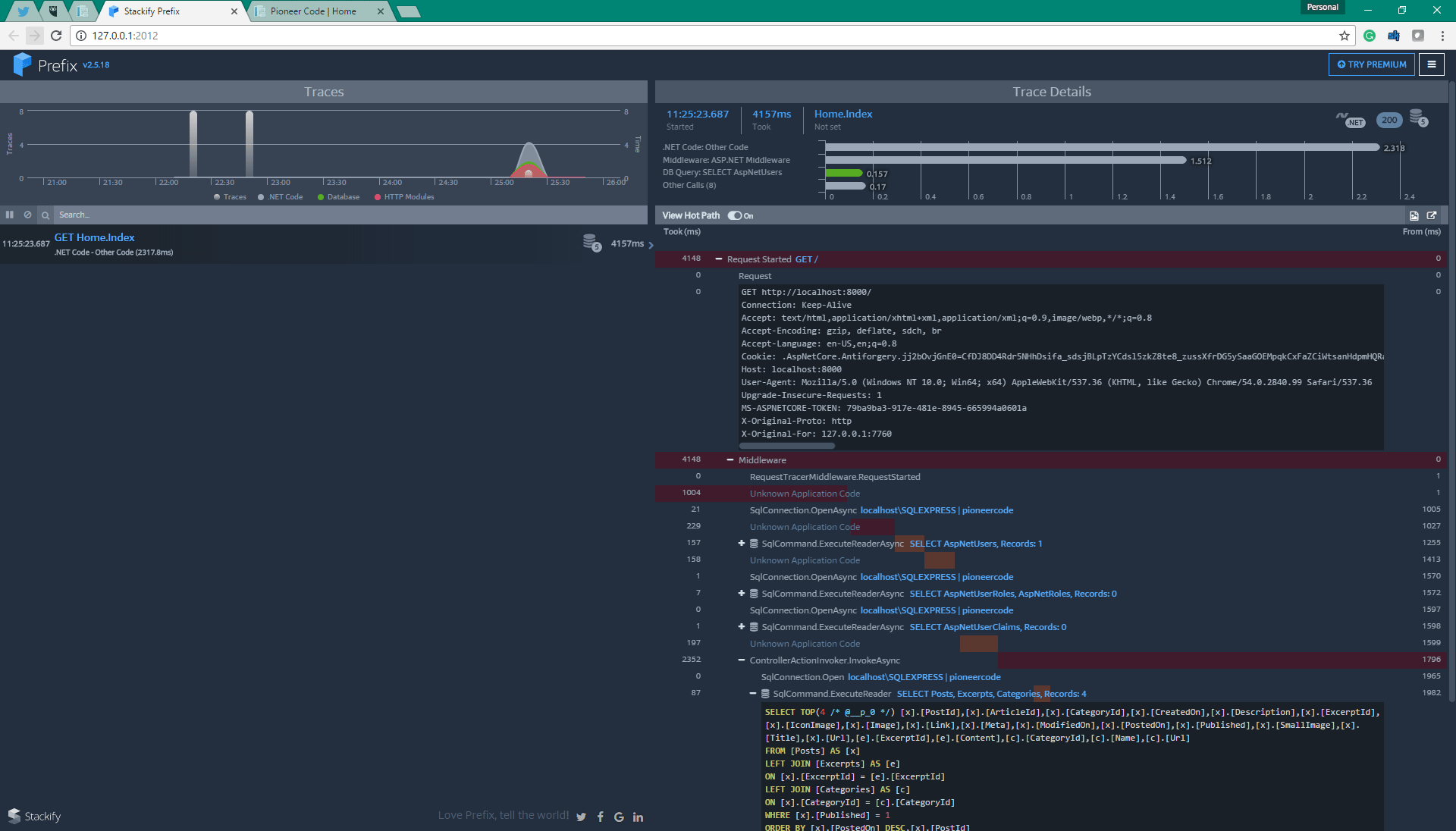 Look at all that awesomeness! Let me know your thoughts below in the comments section.